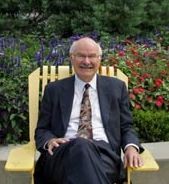 As a May 12 election day nears in British Columbia, the carbon-tax issue continues to cut across the electorate.

This weekend, former New Democratic premier Michael Harcourt co-signed an opinion piece in the Globe and Mail that endorses the provincial carbon tax, effectively breaking ranks with his party’s new leaders a few days before the vote. (The piece also calls for a bigger, bolder climate action plan.)

In theory, Canadian voters are open to considering taxing carbon; in practice, their support wavers. The more specific the proposal, the less voters like it: they like the BC carbon tax (which I’ve called one of the best designed carbon taxes currently in force anywhere in the world and others have similarly praised) least of all. The appeal of the BC policy appears to decrease with proximity to the province: it fares best in Atlantic Canada and worst in Northern Cascadia. Disappointing!

Curiously, though, within the province, disapproval of the Liberals for enacting the carbon tax shift is matched by disapproval of the New Democrats for attacking it. Weird, right? And at least one political observer—pollster Jeff Walker—believes those cross currents favor the Liberals. Walker told the Globe:

“Traditional soft environment voters in British Columbia who usually go into every election vowing to vote Green, but end up going with the NDP are now considering staying Green to punish the NDP.”

Which is essentially what I predicted would happen way back in October: “The New Democrats’ frontal assault on the carbon tax, while it may have gained them support in some circles (especially rural voters, I understand), has undoubtedly lost them support among environment-minded voters. Many greens will likely peal off to the Liberals or the Green Party. Splitting the left helps Gordon Campbell stay in office, and helps preserve the carbon tax shift as provincial policy.” Tomorrow and in the days beyond, we’ll see if this prediction holds up.